The Senate is an important part of the legislative (law-making) branch of Canada’s government. Senators are appointed from each province and territory to represent Canada’s diverse regions.

Canada’s parliamentary system is bicameral, meaning it has two chambers: the Senate and the House of Commons. Bills must be considered and adopted by both chambers in identical form before they are given final approval, called Royal Assent, by the Governor General or a representative.

The Senate is responsible for the following:

Passing bills: Senators introduce and debate bills. Once a bill is adopted by the Senate, it is sent to the House of Commons for review.

Reviewing legislation: The Senate also reviews bills it has received from the House of Commons. Senators look at the details of the bill, participate in debates and can propose amendments (changes). The Senate can approve a bill without any changes, suggest amendments or reject a bill entirely.

Investigating issues: In committees, senators hear evidence from witnesses and review bills section by section. In addition to studying legislation, Senate committees study issues of public concern, such as mental health, aging, mass media and gender equality. Senators have specialized knowledge and experience in many fields, which helps them with their investigations. They also hear from stakeholders, experts, government officials and other interested parties. These investigations produce reports with observations and recommendations that can lead to changes in federal laws or policies.

Representing regions: All senators are appointed to represent one of the provinces or territories in Canada. They ensure that different regional perspectives are considered when making decisions.

Representing the interests of minority groups: Senators consider how potential laws may affect different groups of people in Canada. They also help bring attention to people whose rights and interests may be overlooked because of their gender, religion, language, race, ethnicity or sexual orientation, among other factors. 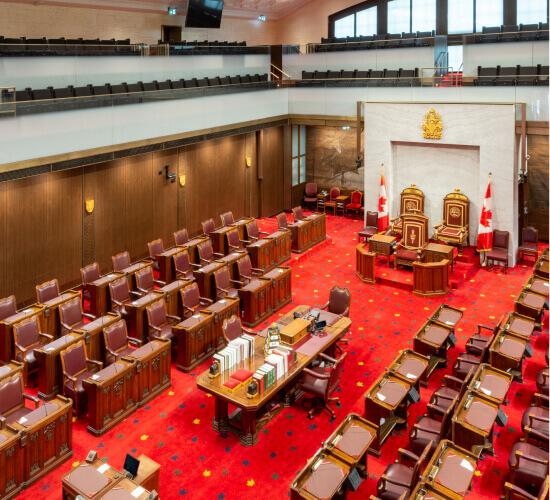 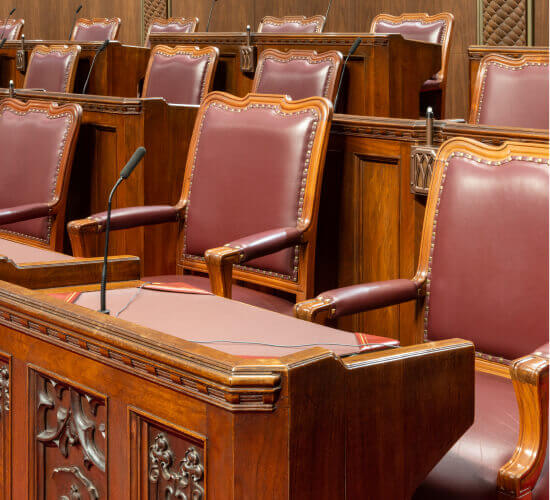 Hover over the provinces and territories to display Senate seat distribution

Differences between the Senate and the House of Commons

The differences between the Senate and the House of Commons include:

Composition: As an appointed body, the composition of the Senate does not change based on election results. This ensures more stability in its composition. Once senators are appointed, they may hold their seat until they reach the mandatory retirement age of 75. Senators often focus on long-term issues that may require years of study and analysis.

Political parties: Whereas most members of Parliament belong to a political party, in recent years, many senators have chosen not to be affiliated with a political party. Instead, they may sit as independents or join a parliamentary group (which are different from the parties represented in the House of Commons).

Differences between the Senate and the House of Commons

The Upper Chamber in Canada and the United Kingdom

Canada’s parliamentary system is based on that of the United Kingdom, also called the Westminster system. The Senate is equivalent to the British upper chamber, the House of Lords. The two share many similarities, including their red décor; however, they are very different in their membership and composition. Unlike in the United Kingdom, there is a fixed number of seats in the Canadian Senate (105), and there are no hereditary members or Lords Spiritual.