The House of Commons is an important part of the legislative (law-making) branch of Canada’s government. It brings together elected representatives from across Canada to debate issues and make decisions.

The House of Commons

Canada’s parliamentary system is bicameral, meaning it has two chambers: the Senate and the House of Commons. Bills must be considered and adopted by both chambers in identical form before they are given final approval, called Royal Assent, by the Governor General or a representative.

The House of Commons is responsible for the following:

Forming a government: After a federal election, the political party with the most seats usually forms the government. The leader of that party becomes the Prime Minister, who chooses Cabinet ministers to lead different government departments and policy areas. Together, the Prime Minister and the Cabinet make decisions about government policy and potential new laws to introduce.

Passing bills: The main role of the House of Commons is to introduce, debate and pass bills. This process involves many steps, both in the chamber and in committee.

Government accountability: Members of Parliament (MPs) who belong to political parties other than the governing party form the opposition. Their role is to provide alternative perspectives and policies, debate ideas, and question the government about its actions and decisions.

Budgets and taxes: The House of Commons decides how taxpayer money is redistributed across Canada. Budgets, estimates (the spending requirements for ministries) and funding issues are debated and resolved in the House.

Representing Canadians: Each MP represents one of Canada’s 338 constituencies (also called ridings). They ensure that different perspectives – particularly those of the people living in their constituencies – are considered when making decisions. 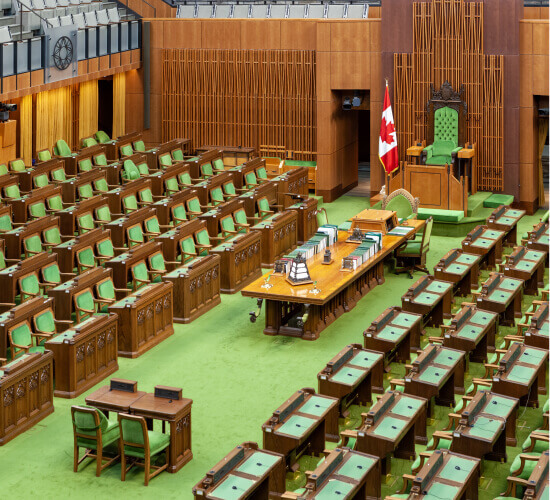 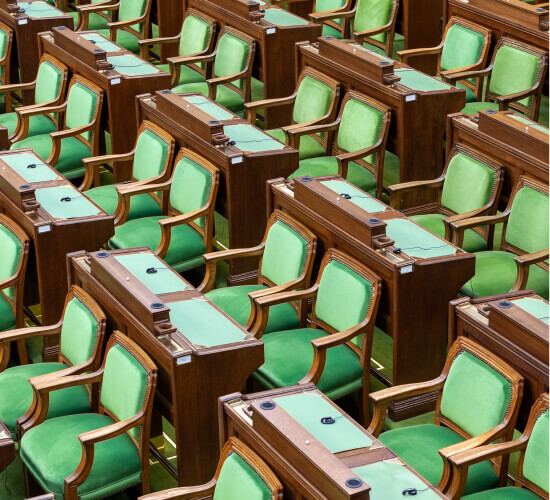 The Role of MPs in the House of Commons

Although all MPs work to represent the interests of their constituents, many of them also have special roles in the House of Commons.

The Speaker: The Speaker presides over debates in the chamber, maintains order, and interprets the rules and traditions of the House of Commons in an impartial way. The Speaker is an MP who is elected to the role by other MPs.

Prime Minister: As the Head of Government, the Prime Minister advances the government’s ideas in the chamber. They answer questions during Question Period, promote bills and debate the opposition.

Cabinet ministers: These are MPs from the governing party who are chosen by the Prime Minister to oversee government departments (also called ministries) such as Finance, National Defence, Global Affairs, Indigenous Services, and Agriculture and Agri-Food. In the chamber, they introduce bills related to their ministries and answer questions about their areas of responsibility.

Opposition members: MPs from political parties other than the governing party form the opposition. Their role is to ask the government questions and to provide alternative perspectives on issues.

“Backbenchers”: The majority of MPs are known as “backbenchers.” (This term comes from the British Parliament, where MPs sit on benches rather than at individual desks.) They participate in debates, Question Period and committees, and they represent their constituents’ views in the chamber.

Distribution of House of Commons Seats

The House of Commons in Canada and the United Kingdom

Canada’s parliamentary system is based on that of the United Kingdom, also called the Westminster system. In both countries, the lower chamber is called the House of Commons. The two chambers share many similarities, including their signature green décor, the placement of the Speaker’s chair and the arrangement of seats (in rows with the government and opposition facing each other, rather than in a circle or semi-circle). Their functions and procedures are also very similar.